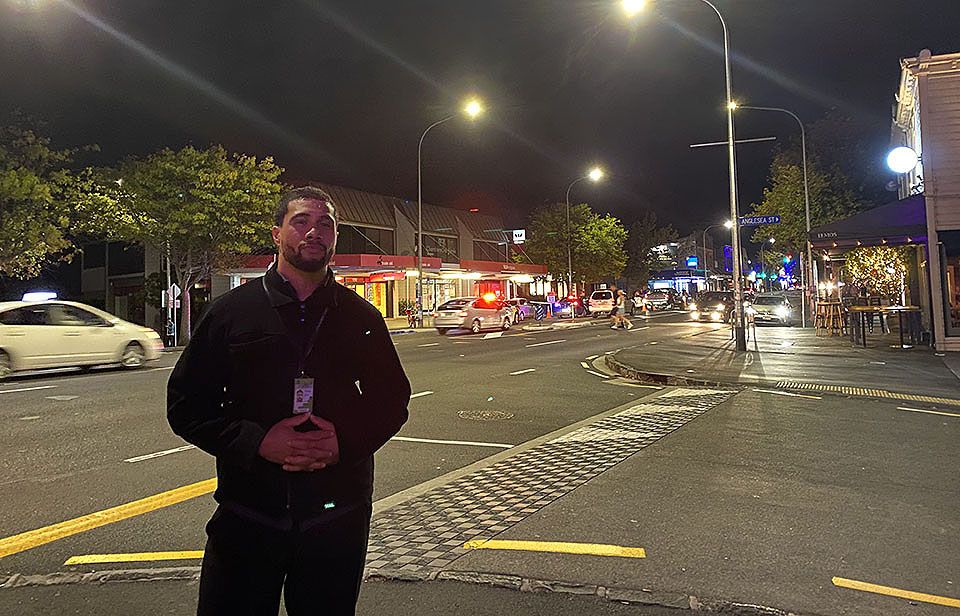 A police car chase has left an uninsured man with a smashed car, no transport and a long wait for compensation.

Faono Mafi’s uninsured car was parked when a vehicle collided with it and a parked Uber.

Both parked cars ended up about six meters along the road.

Mr Mafi’s vehicle was towed away for forensic inspection and returned to him on Sunday but was not salvageable.

He said his only option was to sell the wreckage.

“About a year ago I meant to do the insurance for my car but then life got busy and I forgot.”

“I’ll have to wait for the trial to be over and see if I get any compensation.”

A police spokesperson said any compensation was a matter for the Court to decide, or it would be a civil matter.

“The worst part was I was moving that weekend so needed the ute to cart my stuff around, made it difficult,” Mafi said.

“It was a busy night, they were lucky it was my car and not a person.”

A member of the public in one of the vehicles was assessed by ambulance staff at the scene the police said.

Security from Chapel Bar opposite the crash, Bobby Whaanga, heard the engine rev before the vehicle came down the road.

Mr Whaanga said he saw the car collide with vehicles, and then he saw two people leaving the scene.

He said one was a woman and she looked terrified.

Three people were quickly located by the police.

She was due to appear in the Auckland District Court on this month.