Harley-Davidson distances itself from gangs, reassure customers after shooting 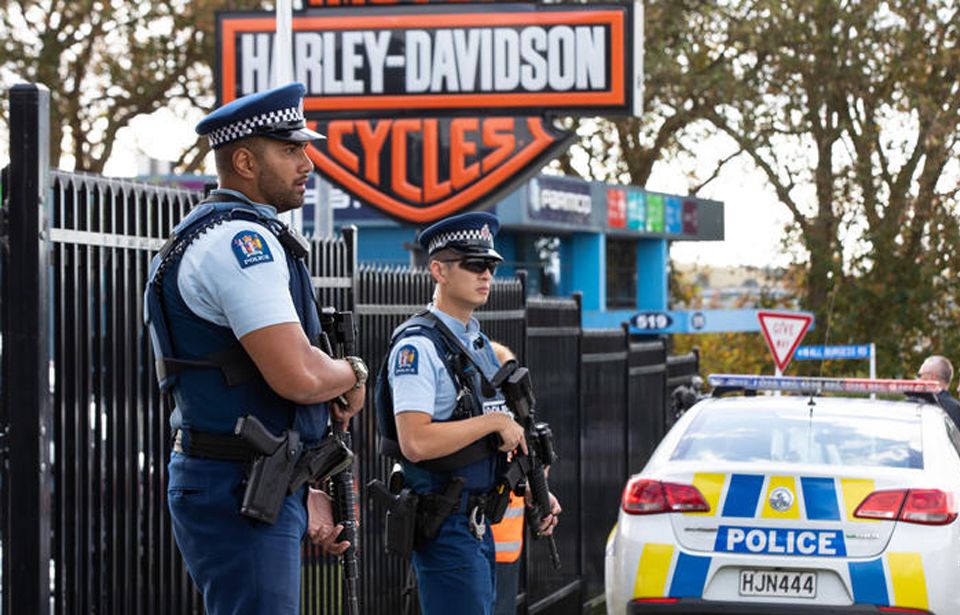 Harley Davidson speaks out about a shooting at one of their stores last week. Photo: RNZ

Harley-Davidson is distancing itself from gangs and reassuring customers after the shooting at one of its Auckland stores last week.

The alleged leader of the Killer Beez, Josh Masters, was left in a critical condition after being shot while visiting the Harley-Davidson store in Mt Wellington on Friday afternoon.

Staff and other customers were not involved or hurt in the incident.

Harley-Davidson spokesperson Catherine Sumner said she believed the attack was targeted and it was the first time such an incident had occurred at a store.

“It was a massive shock to us and our community,” said Ms Sumner.

She said the company “does not condone any gang-related activity” associated with the brand. This includes relationships with gang affiliated people and activity itself.

Ms Sumner said that they understood people were concerned. They were making people available to talk if the community want to inquire about their safety before coming into the branch.

“Our social media is open if anyone has any enquiries,” she said.

The well-known motorcycle shop, located on Mt Wellington Highway opposite Panama Road, was cordoned off on Friday afternoon as three armed police officers guarded the building.

AUT student Amber said if there was a recent attack or shooting at a shop, she would be afraid to go inside.

“If the shooting had been ages ago, I wouldn’t be afraid. But, if it was recently, then yes.”

The Harley-Davidson branch is focusing on the dealership side of selling and helping customers, said Ms Sumner.

“We are running as usual at the moment.”

New policies have not been put into action yet but may change in future.The Mt Wellington branch was reopened on Sunday.

Mrs Sumner said anyone concerned can contact  contact Harley-Davidson , who will do its best to help you with any questions you may have.

A 39-year-old man has been arrested and charged with attempted murder.