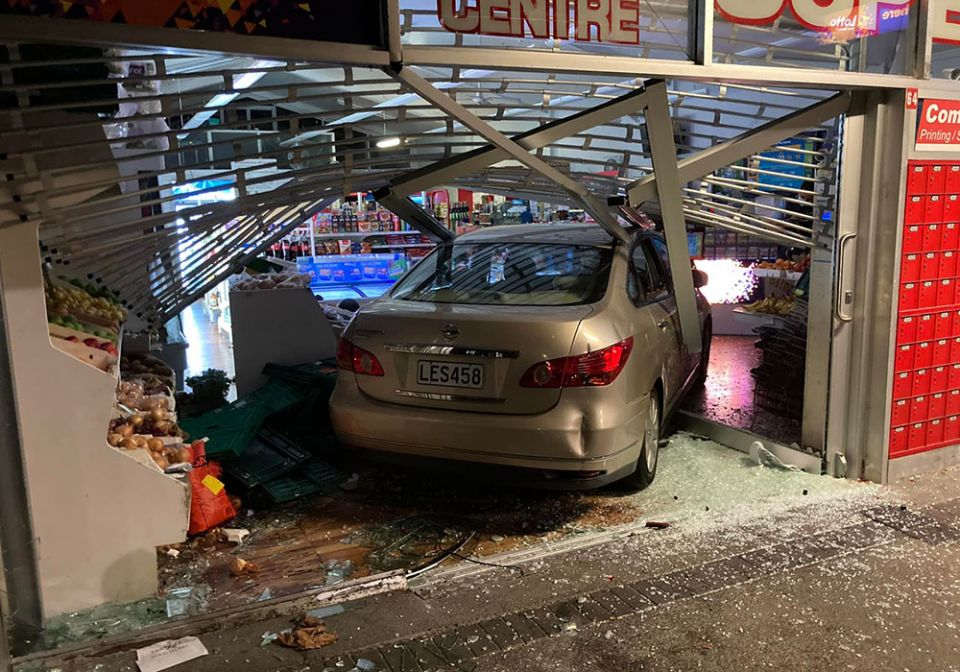 THE RESULT OF A FOURTH RAM RAID ON THE ORAKEI SUPERETTE. PHOTO:DESLEY SIMPSON

An Orakei dairy has been hit by a fourth ram raid in less than a year, with a spate in the area prompting calls for more to be done by Government on youth offending.

And another local store says it has taken months to repair damage caused by a ram raid.

Police called to the latest attack on Orakei Superette found a Nissan sedan smashed into the store despite protective bollards put in by the owners after three ram raids in as many months last year.

Only chocolate was stolen from the store on Coates Ave during the 4am raid on March 21.

Orakei Ward Councillor Desley Simpson said her heart goes out to every dairy owner who is just trying to run their business.

“There were two more in St Johns, Moretons in St Heliers got done, Il Piccolo down in Glendowie, and the liquor store on Tamaki Drive.

“I am committed to providing practical solutions from a council perspective to try and help, but the issue for me is that this lies in central government’s hands… The law around youth offending isn’t strong enough,” she says.

Local liquor store manager Manpreet Singh says it has taken five months to repair damage and they are still ongoing.

Ram raiders hit his The Cellar By Kiwi Liquor on Tamaki Drive at 3am last October.

“They caught the guys in a stolen car with our bottles in the car, but they were only 13 and 14 years old.

“[Police] have the DNA report, but they can’t really do anything,” he says.

One owner had even used his own car to block his shop front, says Auckland Transport central hub manager Stephen Rainbow.

“He had his tyres nailed. They know they’re being watched and targeted in this epidemic of crime.

“We’re working actively with the police to do all that we can… Any bollard installation is undertaken by the individual business owners,” he says.

Orakei Superette's owners declined to comment on their latest attack.