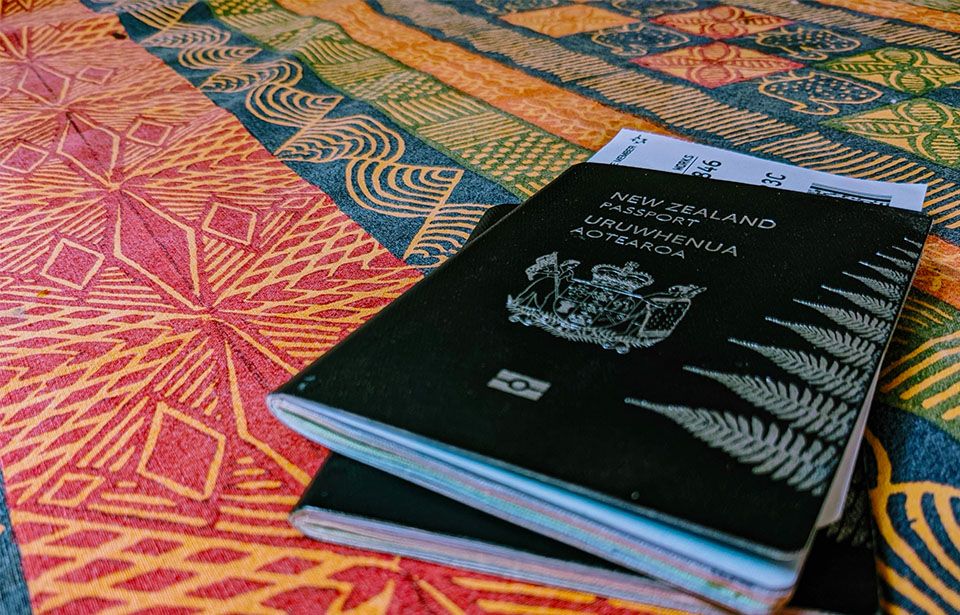 The Department of Internal Affairs has warned Kiwis they may have to wait five to six weeks for passport renewals. Photo: Niveet Singh

Any assumption all the young Kiwis heading overseas now will return is shaky, a senior analyst at the Department of the Prime Minister and Cabinet has warned.

Dr Paul Winter says with the Aotearoa New Zealand borders now open, significant parts of the travel will be one-way.

“There’s a lot of talk here about these ‘boomerang’ New Zealanders who go out, learn all these great skills, and bring them back home.

“There’s absolutely no evidence that this model works.”

He says there is also no evidence returnees are any more productive than those who stayed, or that the highest-powered Kiwis come back at all.

Annual net migration to New Zealand was down in the year ended March 2022, with 7300 more people leaving the country than entering, according to Stats NZ.

That statistic muddies the water and implies that a bunch of people are leaving New Zealand, says Dr Winter.

With border controls eased, the Ministry of Business, Employment and Innovation expects between 50,000 to 125,000 people to exit the country in the next year.

“We are kind of resuming what would be ‘normal’, albeit highly unusual,” says Dr Winter.

Michael Bishop, a 26-year-old business strategist, is moving to London this month.

He and his partner are ready to explore the world, live overseas and build careers with international experience.

“We were thinking of making the move [to London] in 2023 but across our extended friend group there’s around 30 people all leaving the country,” he says.

While a mix of factors is likely to be behind to young people leaving the country, the cost of leaving New Zealand will also be much lower once the border settings change in July.

“I think we’re seeing a wave of OEs that have been pent-up over the past two or three years,” says Dr Winter, though he doubts the total number of people leaving now is going to match how many would have left had the borders been open the whole time.

Tough economic conditions at home have also started to bite.

Inflation is 6.9 per cent. Housing is largely unaffordable, even though price growth has slowed in recent months, and living costs are on the rise.

“I think it’s good to explore the world and see other things and other cultures,” says Isaac Devanney-Bray, a 26-year-old engineer moving to London in a couple of weeks.

“But there is a lot of money over in the UK at the moment and I think you’d be a fool not to make an opportunity over there, especially with the cost of living going up in New Zealand."

Listen to more from our interview with Isaac Devanney-Bray: