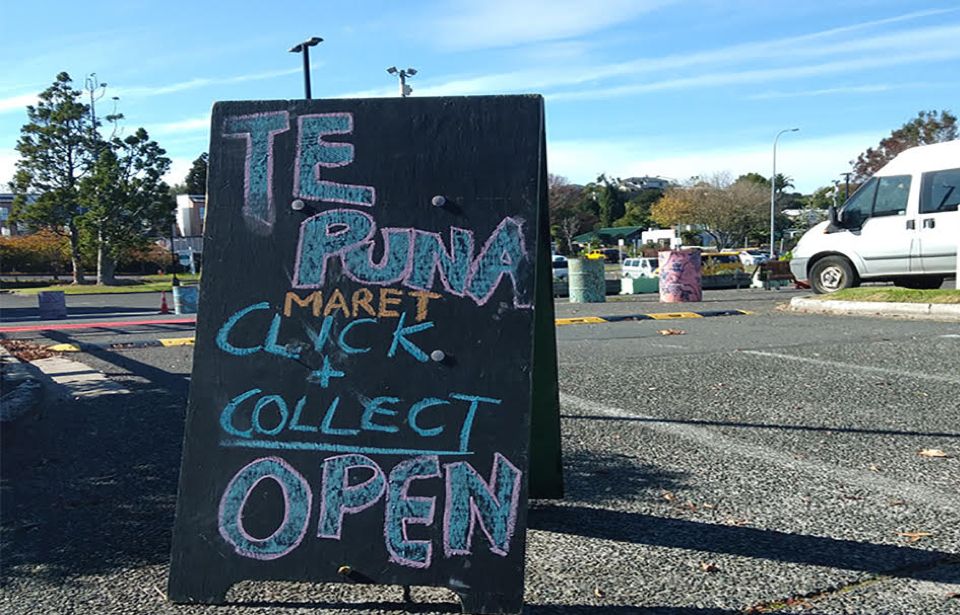 As Auckland's markets slowly reconvene, new opportunities are emerging for producers to reach their customers.

Te Puna market coordinator Jason Dodunski and his team created a system for pre-orders to be taken and then picked up at an allotted time by consumers.

The system allows customers to order between Saturday morning and Wednesday afternoon. The orders are picked up received at a drive through at the Falls carpark in Henderson.

Social distancing restrictions have held back the re-opening of markets re-opening. Mr Dodunski said this system allowed a platform for stallholders to reconnect and sell produce and products for the time being.

"We had these producers who had food in the ground and were planting during that period when they didn’t have any markets,” he said.

Te Puna market is a collaborative project coordinated by Kai West, a collective of community groups focused on the local food system.

Healthy Families Waitakere is a community group involved in the market. Systems innovator Megan Beard said it was important to keep the markets rotating.

“A big crisis comes along, and our freedom has severely been curtailed, and we saw all our little producers getting shafted.

“I am gob smacked. It is so good this version has just been a lot more accessible for a lot more vendors,” said Ms Beard.

The first few markets drew small numbers of stallholders but there are now 18 and counting.

Mr Torchia said "the support is there" and people were "spending a little bit of money", but not at the usual rate.

The Hobsonville market was operated on May 16 and 17 by permanent stallholders.

The Takapuna market reopened last Sunday with wet conditions a “blessing in disguise for managing the market” according to a representative.

According to the Parnell market website, its event will be limited to 100 people, food sampling will be unavailable, and hand sanitiser will be accessible.

The Titirangi market is said to open on Sunday, June 28, with the Coatesville market yet to confirm.