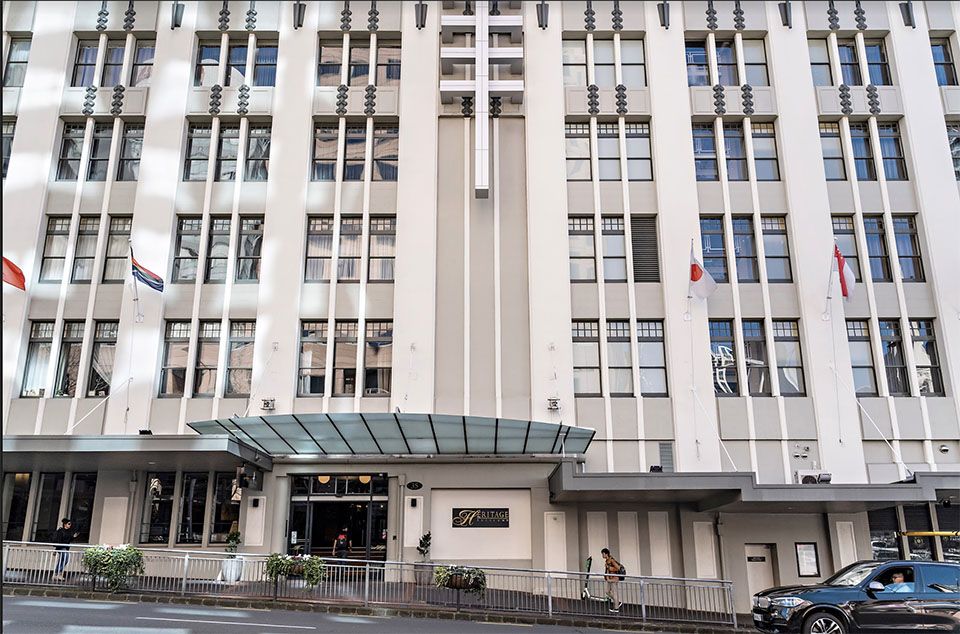 The Heritage Hotel in Auckland, part of a group of hotels which has stopped paying rent to room and apartment owners. Photo: Thomas Day

Individuals who own apartments inside the Heritage Hotels have the option to lease to the hotel which pays them rent, or to independently rent them out.

The decision comes amid the drastic drop in bookings as a result of the coronavirus.

The clause states: “Any occurrence or event of national or international nature, which is of such significance that it materially reduces visitor flows into New Zealand or otherwise adversely affects the New Zealand tourism industry in such a way that there is a flow-on material adverse effect on the operations and custom of the hotel.”

Landlords were paid for the month of March on April 20.

The letter stated: “Future rental payments will be suspended until business returns to pre covid levels.”

“They could open doors and get 50% occupancy, between now and March and say well it’s not up to pre-covid level, it could be 70-80% occupancy.”

Prior to Covid-19 the City Life Hotel was averaging 85-90% occupancy.

For an owner inside the City Life to take their apartment out of the hotel management pool, they would need to give six months’ notice from September, meaning that they could only take it out in March 2021.

Stewart’s daughter took her apartment out of the hotel management pool last year.

Heritage Hotels declined to comment when approached by Te Wahanui.

One Canterbury hotel in the group has already shut its doors for good.