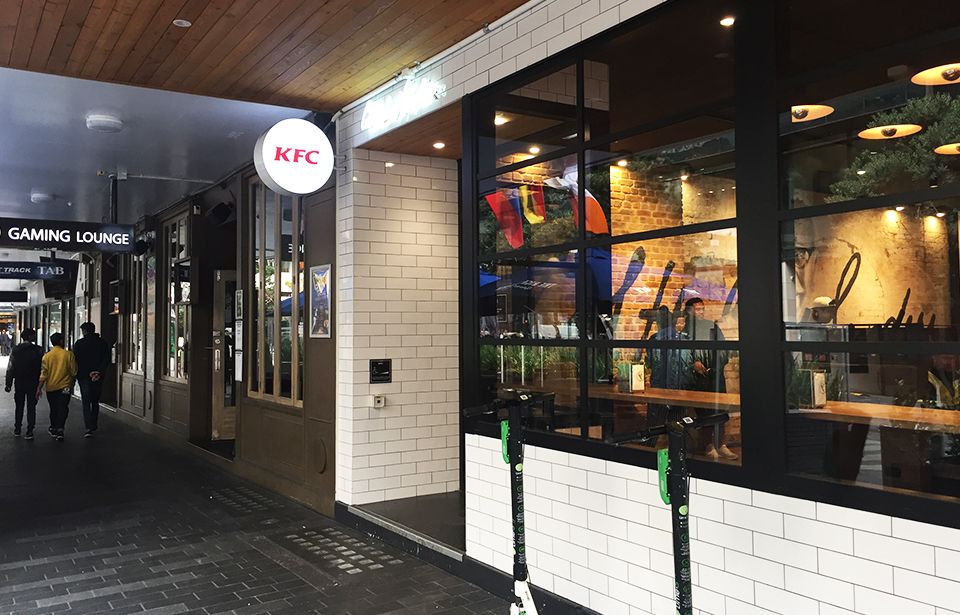 A KFC employee says he did not know about the strikes happening throughout parent company Restaurant Brands. Photo: Reid Etherington

Some fast food restaurant workers were unaware of their co-workers striking last week and only found out through media coverage.

Not all KFC, Pizza Hut and Carl’s Jr stores participated in the strikes, which left some employees unaware they were happening.

KFC employee Lucas Dewse was not aware of the strike until he saw it in the media as the branch he works for did not take part.

However, he said he supported the message others were taking action for.

“The message I believe is fair because in most cases we are understaffed, and as a result, we are overworked for the payment that we get.

“I believe they should [make the changes being protesting for] as it creates a better work environment for everyone, including those not in the union.” said Mr Dewse.

A former fast food employee, Trent Currie, had similar views to his KFC counterpart on the messages the strike was trying to get across.

Like Mr Dewse, Mr Currie had not heard about plans of the strike until it made the news.

“All work should be fair for the employees and no company, especially fast food, should underhand the employees that keep their company afloat.”

Mr Currie said given his experience working in fast food, he would have taken part in the strike.

He encouraged Restaurant Brands to make the right changes.

“[It is] one of the higher risk jobs which should have policies in place that can ensure the same, if not better, safety than other companies,” said Mr Currie.

The strike affected those who work at KFC, Pizza Hut and Carl’s Jr, under their parent company Restaurant Brands.

The policies Restaurant Brands were looking to introduce included shorter paid breaks, less focus on existing staff, overtime cuts and cutting the margin for skilled workers above the starting rate, as stated by Unite Union in a media release.

The strike lasted the entire weekend from 2.00pm on Friday to 2.00am on Monday.

According to a Stuff article, the pay dispute will head to mediation.