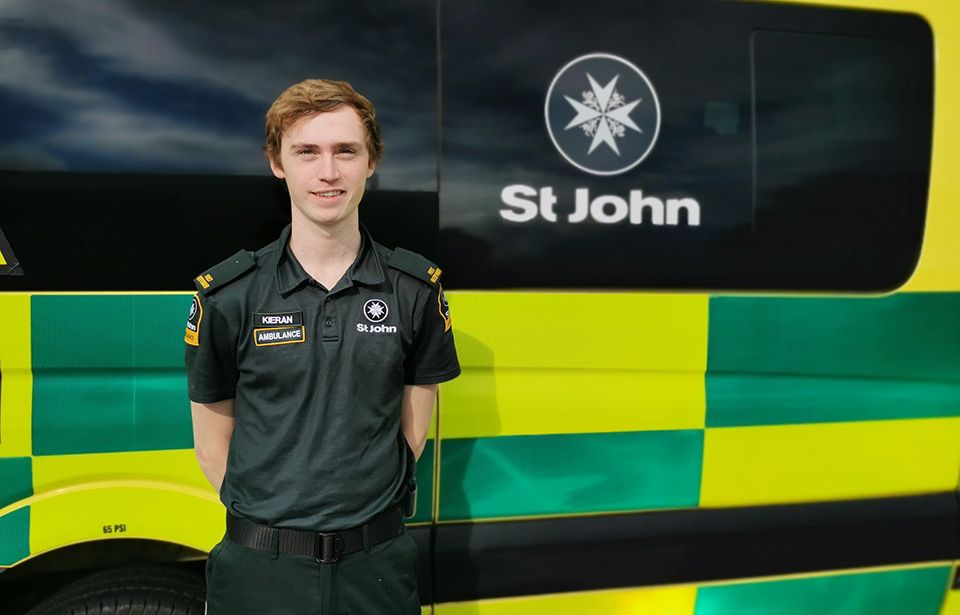 When he wakes up and puts on his uniform in the morning, 25-year-old Kieran Broadfield has no idea what he will be doing today.

Over a 12-hour shift, he doesn’t know if he will be vacuuming floors or rushing to save someone's life. It’s often a mixture of both.

What Kieran does know, it certainly beats what he used to do.

The former builder was on a carpentry apprenticeship until a car accident in 2018 left him in a coma, and made him realise life was too short to be doing something you’re not passionate about.

So on arrival in New Zealand, he decided to make that change, enrolling in a paramedicine degree at Auckland University of Technology.

Kieran began volunteering with the St John Ambulance frontline team a couple of months ago.

Last week was New Zealand's National Volunteer Week; more than 1.2 million Kiwis give up their time for others, contributing billions of dollars worth of time and energy annually to the economy.

Volunteering with St John has provided him with experiences that go beyond his course work-placements such as driving ambulances.

“By volunteering, and the way I am doing it alongside uni, it gives me a headstart before I finish the degrees,” Kieran told TWN.

He plans to follow his degree with a postgraduate extended-care paramedic course and to take his expertise to New Zealand’s rural areas where he can help in communities which need it most.

Kieran is one of 2890 St John volunteers who serve on their frontline team and part of the 8138 volunteers nationwide who give their time to the ambulance service.

St John depends on volunteers just like Kieran to keep their service running. For every paid staff member there are three volunteers.

“Ninety-nine per cent of patients really appreciate what we are doing for them.

“The patients that don’t appreciate what we’re doing eventually will, they’re just not in the right frame of mind at the moment,” Kieran said.

When Kieran wakes up each morning he might not know what the day will involve, but he does know he will be helping people, and that’s all that matters to him.