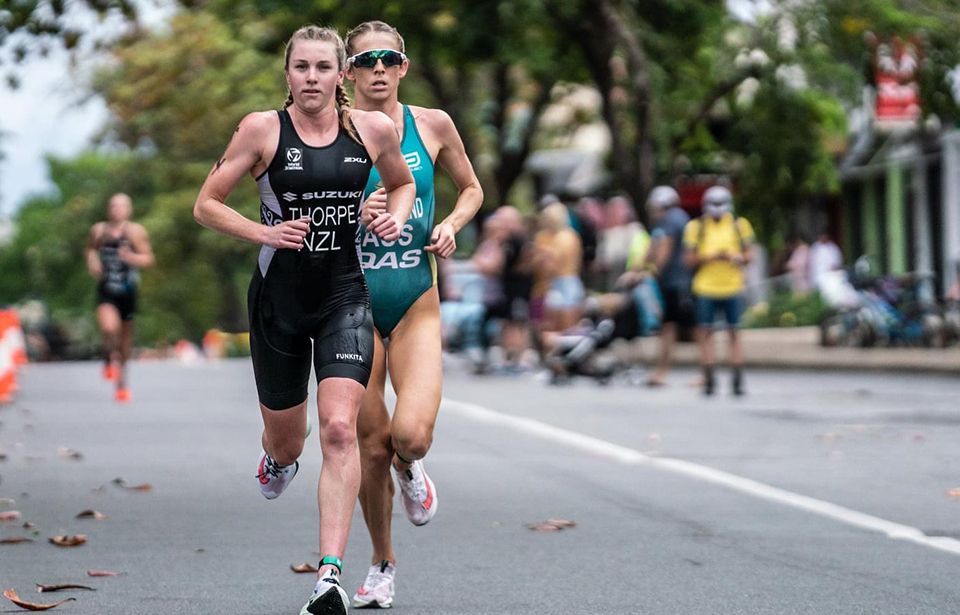 In fact, at 13 years old she was tasked to paint something significant to her. Ainsley painted the Olympic rings and the word “dream”.

Her mum hung it in her room and it is still there, almost 10 years later, she says.

Having been found by talent scouts alongside her brother, it wasn’t until she started getting better at the sport and developing a love for it, that she realised it could be her career.

And in 2021 Ainsley became an Olympic athlete, competing in Tokyo.

“It’s taken a long time and it hasn’t come without the battle of broken bones and injury,” she tells TWN.

Being a part of the NZ Team was a highlight of the games for Ainsley, especially when members celebrated their medals with haka.

“The team culture was incredible. Even other countries were filming us.”

After a disappointing performance in her individual race, Ainsley says it was important to put that behind her and focus on a new goal.

This opportunity came quickly for the New Zealand triathletes, who competed in the World Triathlon Championship Series in Montreal just two weeks after their Olympic race.

The mixed relay team claimed the silver medal, an accomplishment that Ainsley says reminded her how much she loved the sport and why she did it.

Ainsley has been away from home since May and will continue to compete across Europe once she makes her way back to their base in Spain.

“It’s hard being away sometimes, but it makes it special when you go home and see your family after so long,” she says.

Ainsley says she was gutted but was fortunate that her brother is traveling with her and that her mother messages every day.

Despite her long schedule, Ainsley continues to balance elite sport and her studies.

A current AUT student, Ainsley says the mid-year break came at the perfect time for her to focus on the Olympics.