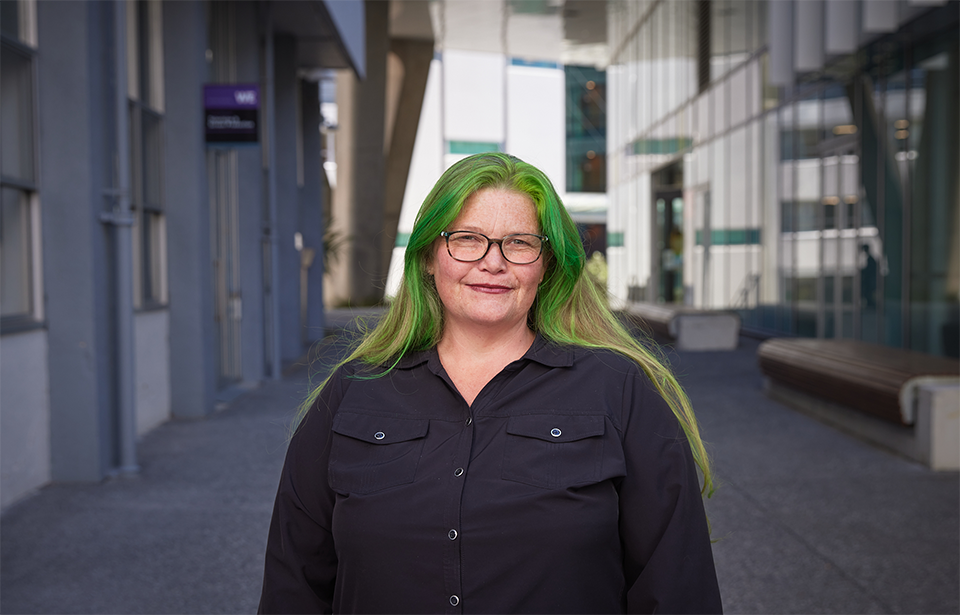 Katherine Ravenswood, a co-author of the report. Photo: Supplied

New research from AUT has highlighted major issues with how community-support workers have been treated during the Covid-19 pandemic.

Conducted by Auckland University of Technology Te Wānanga Aronui o Tāmaki Makau Rau in partnership with the E tū and Public Service Association unions, The Wellbeing of Community Support Workers During the Covid-19 Pandemic report involved interviews with more than 90 workers in the industry.

It found individuals often felt marginalised in their roles, were expected to work with little support or communication from their employers, and had no way to speak out about their concerns.

According to Katherine Ravenswood, an associate professor in employment relations at AUT and a co-author of the report, many of the problems stem from a lack of appreciation for what the job entails.

“The work they do is not just housework, and it's not making someone a cup of tea. Some of it’s a lot more complex than that."

Ravenswood said the physical demands of a job that involved caring for people with health problems or disabilities were often overlooked, even by those in charge of the industry.

This was demonstrated by the poor communication workers received when it came to protecting themselves from the virus.

“At the start of the pandemic the Ministry of Health guidelines said this workforce didn’t really need PPE because their first step should be to physically distance.

"They couldn’t get any reasonable or clear guidelines either from employers or from the ministry that were applicable to the work that they actually do.

"And so that caused a tremendous sense of isolation and of being in this on your own. And so that I think is what the pandemic really did. It just highlighted how isolated and unrecognised they are.”

The support-care sector largely consists of for-profit companies, contracted by government agencies such as the Accident Compensation Corporation and the Ministry of Social Development.

According to Ravenswood, an average day for a support worker could involve visiting up to six people.

Depending on their individual needs, each person could be funded by a different government agency.

“That makes it really hard for the workers to be heard and to get any traction because that employment relationship is incredibly fragmented.”

Part of the study involved a small group of support workers being trained to interview their own colleagues.

Ravenswood said this unique approach allowed the workers to be directly involved in the study, giving the researchers insights that they might otherwise have been unable to obtain.

“Someone being interviewed by another fellow support worker will feel more relaxed and more willing to share and they’ll just elicit different information because they’re in a way insider-researchers.”

The report was delivered to Parliament late last month. The following day, a collection of researchers, workers and union representatives presented it to the Minister of Health Andrew Little and Tangi Utikere, chairperson of the Health Select Committee.

Ravenswood said involving both workers and the unions increased the likelihood the study would reach the desks of those capable of bringing about real change.

“We wouldn’t have had the same audience at Parliament if we hadn't done this as a collaborative effort.”

She said there was luck involved in the timing of the report, as the new health-administration structures in New Zealand were in their infancy.

“Some of the changes we call for in the recommendations are changes that can be worked into the overall health system review underway.

"And so, I think that the minister and policy makers might be more open to those kinds of recommendations.”