Campaign for Huapai train ramping up despite ongoing rejection 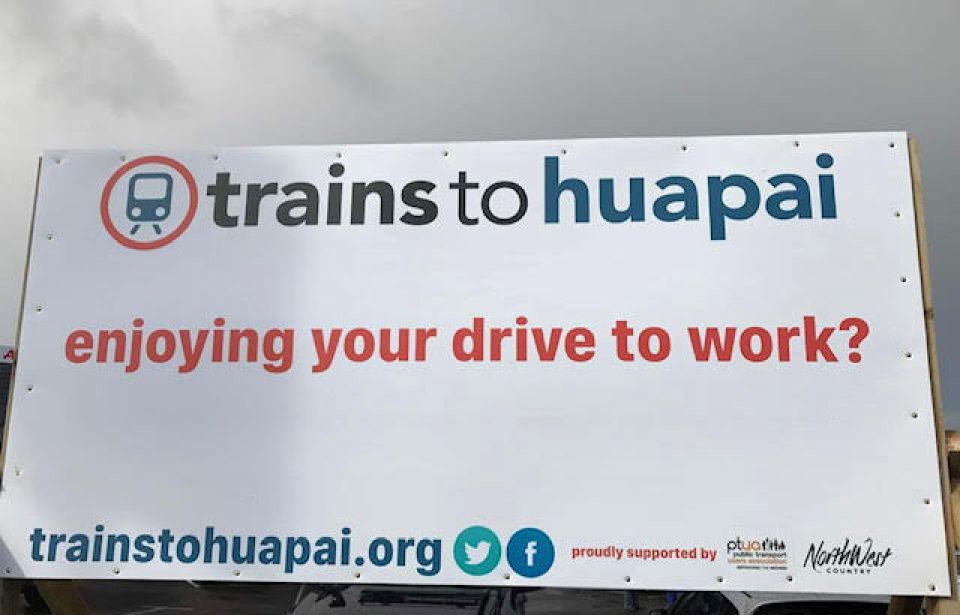 CAMPAIGN BILLBOARD FOR TRAINS TO BE EXTENDED TO HUAPAI TO RELIEVE CONGESTION. PHOTO: supplied

Huapai residents are ramping up their campaign for a train to relieve congestion in the area, despite being continuously dismissed by officials.

“We know through local body district submissions, that the most wanted thing in the Rodney area was a train from Huapai. It was outstandingly number one.”

“It appears if you are not politically pushing for something, nothing happens,” says Reeves.

Trains to Huapai will raise arguments with all mayoral candidates at an upcoming transport debate alongside the campaign for Better Transport.

“This is certainly a time where we ramp it up between the local body elections and general elections next year,” he says.

This is despite Auckland Transport suggesting that there would be next to no one wanting to use the trains, says Reeves.

LISTEN as Jon Reeves speaks about the need for a train following vast area growth.

Better Transport convenor Jodi Johnston says that the approaching local and general elections cause the organisation to become busier.

“The local and central government politicians certainly listen to our viewpoint. Whether or not they act on it is another story.”

“There is not much more that residents can do,” says Johnson.

“The campaign is at a stage where the residents are doing everything they can. It is just that a lot of decision makers, for one reason or another, are not necessarily listening to the desires of residents.”

Trains to Huapai were told that light rail trams would potentially be extended to Huapai in 15-30 years.