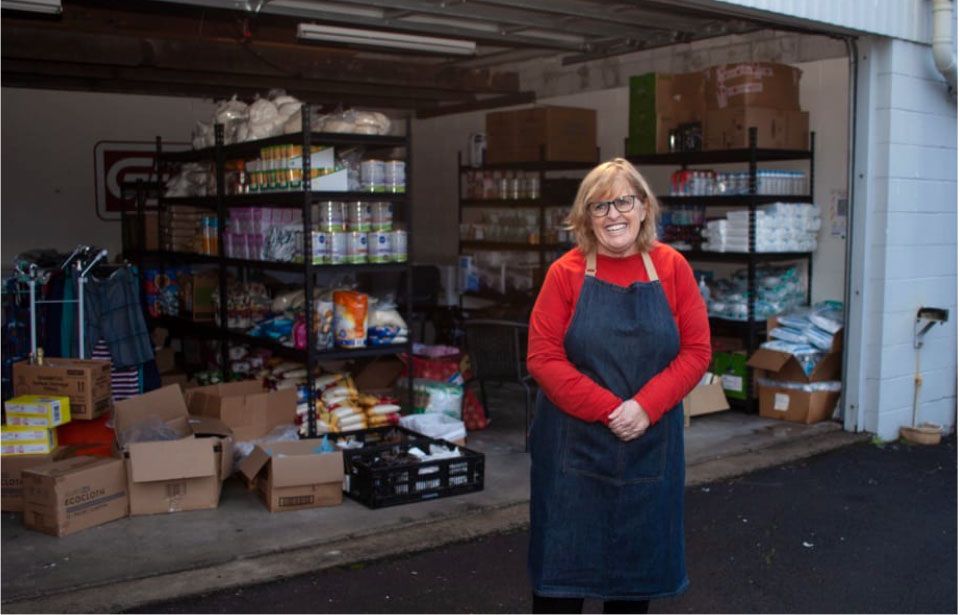 Anne Riley has been nominated as a finalist in this year’s Westfield Local Heroes Award. Photo: supplied

A new collaboration between Kai Avondale and Foodtogether will provide weekly boxes of fresh produce to the Avondale community.

After the launch of I Love Avondale in 2014 – an online community for local people and local stories – Avondale’s community food initiative, Kai Avondale, also became a popular community service.

Kai Avondale has now expanded into a network of food initiatives including Feed the Streets, Free Guys, Breakfast Club, Food
Rescue and now a new fruit and vege co-op.

Despite its growing population, Avondale continues to experience some of the highest levels of social deprivation in the Auckland region.

The fruit and vegetable co-op provides locals with the opportunity to connect with each other at the Kai Hub, while also providing food for those who are doing it tough.

The fruit and vege co-op is one of the first of its kid in Auckland.

Kai Avondale coordinator Anne Riley says the initiative is a great way of getting back into supporting and reconnecting the Avondale community with each other.

“Fruits and veges are becoming quite expensive and it is impacting local whānau and their ability to provide food for their families healthily and economically.

“It’s even better that friendly volunteers from within the community help to pick and pack the boxes for local whanau," says Riley