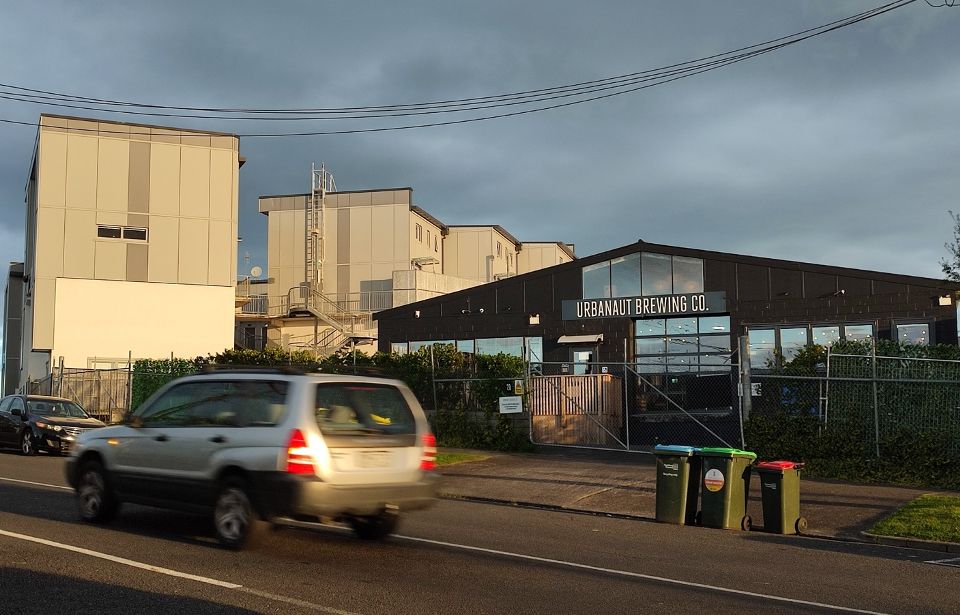 Some residents would like to see Urbanaut’s entrance on Western Springs Rd closed to the public. Photo: Regan Harris

Morningside residents have voiced their opposition to the expansion of a nearby tavern, fearing that it will upset the balance between businesses and locals.

The Urbanaut Brewery and Tap Room has proposed several changes to its current operation, including extended trading hours, increased indoor capacity, and the addition of a beer garden.

The tavern, which has entrances on both New North Rd and Western Springs Rd, straddles the border between the commercial and residential areas of Morningside.

When Urbanaut applied for the renewal of its alcohol licence in April this year, thirteen residents objected.

Documents obtained from Auckland Council reveal residents are not opposed to the bar itself, which has been in operation since 2017.

They are instead troubled by what the proposed expansion will mean for the area.

In a written submission, one resident cited increased activity on Western Springs Rd as a reason for their concern.

“Our driveway often has cars parked over it with people coming to collect their takeaway beers, or arrive at the bar.

"At night taxis also wait in our driveway for collection. People also hang around outside our house talking after the bar has closed. This is a disruption and nuisance for us to endure.”

They asked that Urbanaut consider closing the Western Springs Rd entrance to customers.

Another resident said delivery trucks had become a hazard, referring to an incident in March where a runaway delivery truck injured a pedestrian, destroyed a bus stop and crashed into a dairy.

“I am concerned there will be another incident, possibly even more serious where there are delivery trucks using the same space as people who are drinking.

"This is a dangerous combination that could result in a tragedy.”

Other issues raised by residents included noise, reduced privacy, the pervasive smell of hops, and antisocial behaviour on neighbouring streets.

In their review of Urbanaut’s application, neither the police nor the licensing officer who inspected the premises had any objection to the renewal of the brewery’s licence.

The case is now with the District Licensing Committee, which will deliver a final verdict on Urbanaut’s application in a yet-to-be scheduled hearing.

Margi Watson, chairperson of the Albert-Eden local board, acknowledged that there were “a mixture of views” around the tavern.

“I know in the past when it's come up for renewal, I’ve popped it on the local community Facebook page and lots of people go 'Oh it’s a great venue, why wouldn’t you want to have a liquor license there?'

"I guess it’s around managing impact and that’s up to the DLC how that’s managed.”

When asked what else residents could do to report their concerns, Watson suggested a few options.

If they’re disorder issues, it doesn’t matter who or what or where, then that’s a police matter. If there’s a noise issue, then council manage noise control.”

A representative of Urbanaut declined to comment for this story.