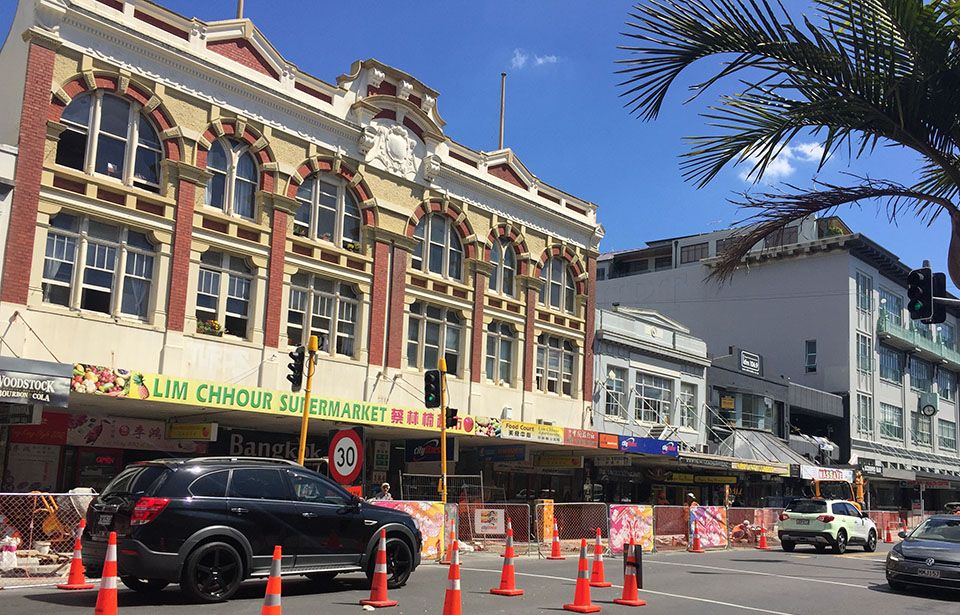 A cafe owner says she was forced to 'bribe' road workers with ice water to stop noisy work, as Auckland’s famous Karangahape Rd makeover is leaving some business struggling to keep their doors open.

Anna Lee owner of Between Cafe says she has had to let two part-timers go after the cafe's profits plunged 65 per cent by last July compared to the previous year.

The cafe was not visible from the road due to road works covering signs and customers couldn’t enjoy the space due to the noise, said Lee.

Lee asked if Auckland Transport (AT) and John Filmore Construction (JFC) could organise contractors to avoid working in front of her cafe during peak business hours.

However, “they didn’t listen, so bookings were cancelled”.

Lee said, the lack of communication between AT head office, JFC and their contractors meant it was difficult for her request to be heard. She even found herself giving drinks to workers to convince them to stop their work during some bookings.

She added the requests wouldn't even have been heard if it were not for the Karangahape Road Business Association (KBA) which has been working to represent and support the local business’s during the disruptive roadworks.

Another business owner who asked to remain anonymous said communication between themselves, JFC and Auckland Transport has been ignored.

“We had an agreement with JFC that the footpath would not be blocked” however when the owner returned the next day the “meter space” between the shop and road works that was agreed on was blocked.

“It affects the business and the pedestrians; some guy almost fell, and he hurt his leg; he was very angry.

"The communication was there, we talked about it, but it was never passed forward to the road workers.

“I don’t think they (JFC and AT) really grasp how losing a few hours effects our business. I'm practically paying for their lack of communication skills”, said the business owner.

Michael Richardson manager at KBA said they have weekly meetings with JFC and AT to discuss business owners' concerns about the road upgrades.

The “short term pain” will be beneficial once the street enhancement is finished. Karangahape road will be transformed into a pedestrian friendly space that will attract more people into the area, says Richardson.

AT are yet to respond to an interview request.