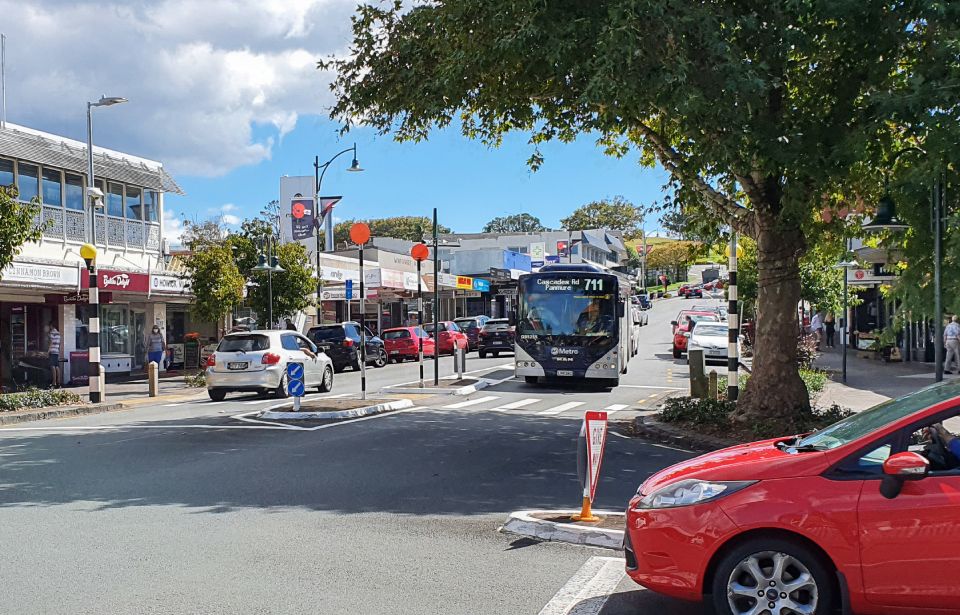 A pedestrian crossing on Picton Street, which would be upgraded if Auckland Transport’s concept designs for Howick's town centre were implemented. Photo: Justin Hu

Upgrades to Howick’s town centre could be delivered in stages after a $41 million concept design was deemed too expensive to build in one go.

The unreleased concept plans, which were worked on by external consultants, were released to Te Waha Nui under the Local Government Official Information and Meetings Act.

Howick Local Board chair Adele White said in a statement that council staff were working with AT to develop “potentially more affordable increments of [the] overall concept”.

“We all want a bright future for Howick village but given the estimated cost, there is no prospect of the overall concept being implemented in the immediate future and certainly not before consultation with the community.”

White said discussions were ongoing as to the future of the plans.

Auckland Council spokesperson Dee Sims said implementing the plans developed by AT was “well beyond the local board’s funding capabilities”.

In a statement, Sims said the local board had allocated funds for the concept design work in 2020 and that AT’s first draft was presented to a project steering group in 2021.

The steering group had been convened to help manage the implementation of the local board’s Howick Village Centre Plan. The plan is the council’s long-term vision for the town centre and was publicly consulted on in 2017.

“To proceed, AT’s concept would have to be adopted by the local board, which would need to advocate to Auckland Council’s Governing Body through the Auckland Council Long Term Plan process.” 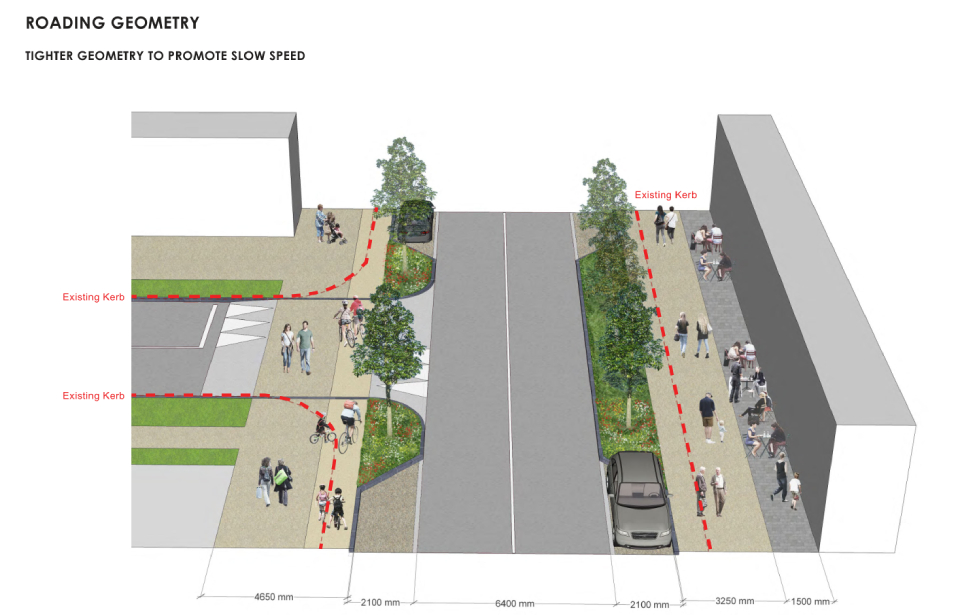 Wider kerbs and more trees were part of the concept plans developed by Auckland Transport and external consultants.

The steering group agreed on a transport route through Picton Street that would’ve seen through-traffic on the road retained.

AT presented five potential upgrade options for the street to the steering group. 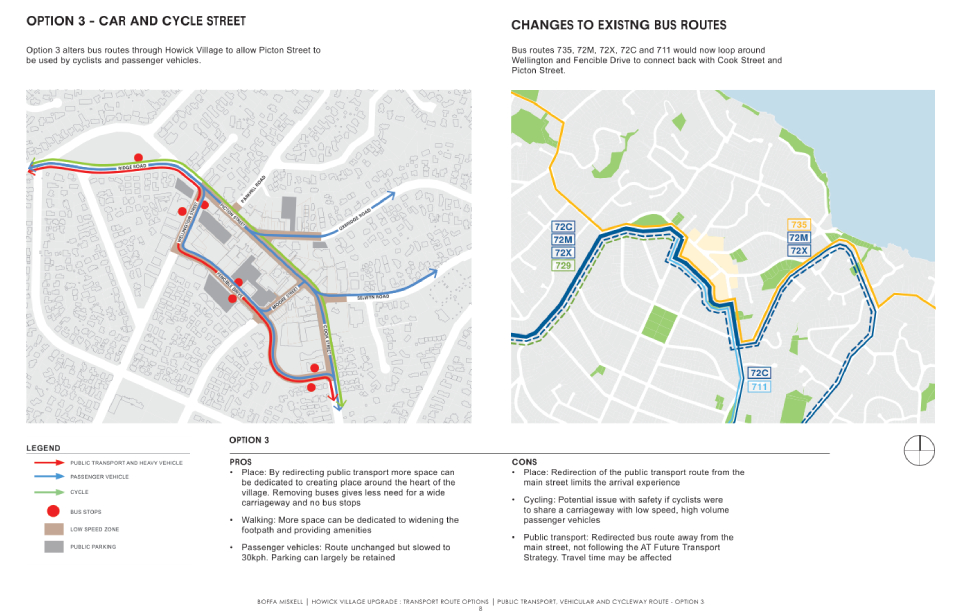 One of the options proposed by designers and considered by the project’s steering group would have seen buses rerouted outside the town centre. Image: Auckland Transport

The options ranged from removing through-traffic from the main road, rerouting bus services to avoid the town centre, or creating a one-way street system.

Some concept designs would’ve also seen a loss of around a dozen on-street parking spaces out of the 158 code-compliant ones in the town centre, according to the plans.

AT spokesperson Natalie Polley said the project for the town centre upgrade had been put “on hold for now” from the perspective of the transport agency.

She said an original funding source for the project had intended to be the local board’s transport capital fund.