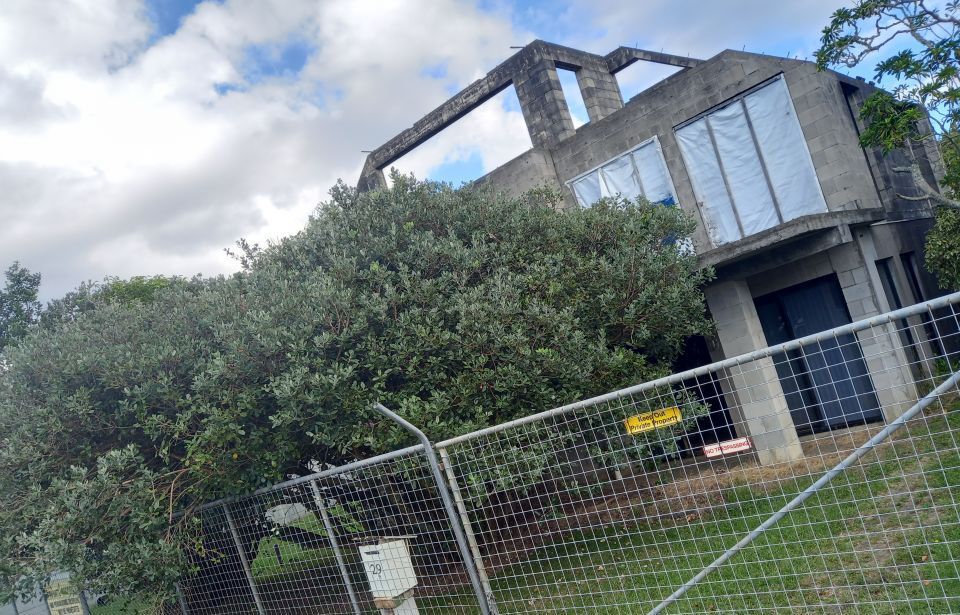 THIS KOHIMARAMA HOUSE HAS BEEN DETERIORATING FOR DECADES. PHOTO: MATT SKINNER

Kohimarama residents are used to seeing what they describe as "an eyesore", but only a few know its real story - or a version.

Tales of 29 Speight Road vary from it waiting 40 years to be 'finished' due to sad circumstances to a disgruntled owner just 'letting it go'.

Neighbour Janice Gotlieb says that she has lived most of her life on Speight Road, which is just one street back from sandy Kohimarama Beach.

“It’s been about 40 years the house has been like that,” she says.

A crafted rimu ceiling has been destroyed by the years, and its copper piping is long gone - but it does have security lights and cameras installed to deter crime.

Olivia Baynes says, “We were told by a previous property manager that the owner couldn’t get consent to build a three-storey house after he had started.

“So in retaliation he refused to finish or sell. So many different stories.”

But another neighbour has a version where the owner was building it for his wife and just didn't have the heart to sell when injury prevented him finishing it, according to a post on the Kohimarama Facebook community group.

The property and its land has a June 21 CV of $4.4M. Two months ago parts of its wooden fence blew over, with nothing done to fix it.

TWN traced the listed owners but has been unable to make contact with them.