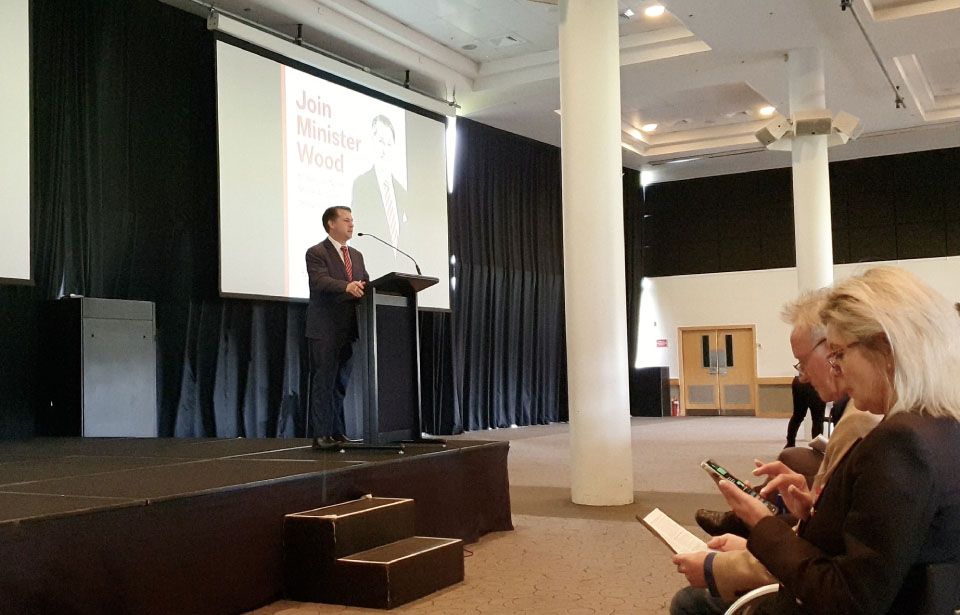 It was an opportunity for locals to talk directly to Wood about the North Shore Aero Club’s application to become an airport authority, at the event last Saturday, which became heated at points.

He told them it was important to hear from locals face-to-face before deciding whether to take the proposal forward to Cabinet.

“I can’t guarantee we’ll make a decision that keeps everyone happy here, but I do want to make sure that we hear the views and fully consider them,” said Wood.

He said the outcomes might not "always be what everyone wants and that’s the nature” of democracy.

The meeting became heated in parts, as some speakers criticised the aero club’s application, while others - some affiliated with the club - voiced support for the proposal.

The Transport Minister said his public meeting was an “extra discretionary process” as residents had an opportunity to make formal submissions on the proposal when it was first lodged in 2020.

Speaking to TWN, he emphasised that the decision of whether to grant airport authority status remained one for the Government and that ultimately the “democratic process will reign true”.

He said he felt locals had heard a “balanced” range of views during the meeting, though said he believed some of the claims expressed had been made on a “non-factual basis”.

The proposal to gain airport authority status would give the aerodrome the power to apply to make its own bylaws, with approval given by the government. Airports with the status can also apply through the Lands Minister to compulsorily acquire land.

Meanwhile, Dairy Flat Landowners Group chair Brian Sutton told TWN he believed the application had been made without enough consultation and that locals were “frustrated”.

“The club, in their application, specifically requested no community consultation. What does that tell you?”

Sutton said he felt the meeting had been advertised on “very short notice” and that more could be done to hear out locals.

Whangaparāoa MP Mark Mitchell and Northcote MP Shanan Halbert were also present at the meeting, alongside councillors and local board members.