Call to take down colonial statues in Auckland 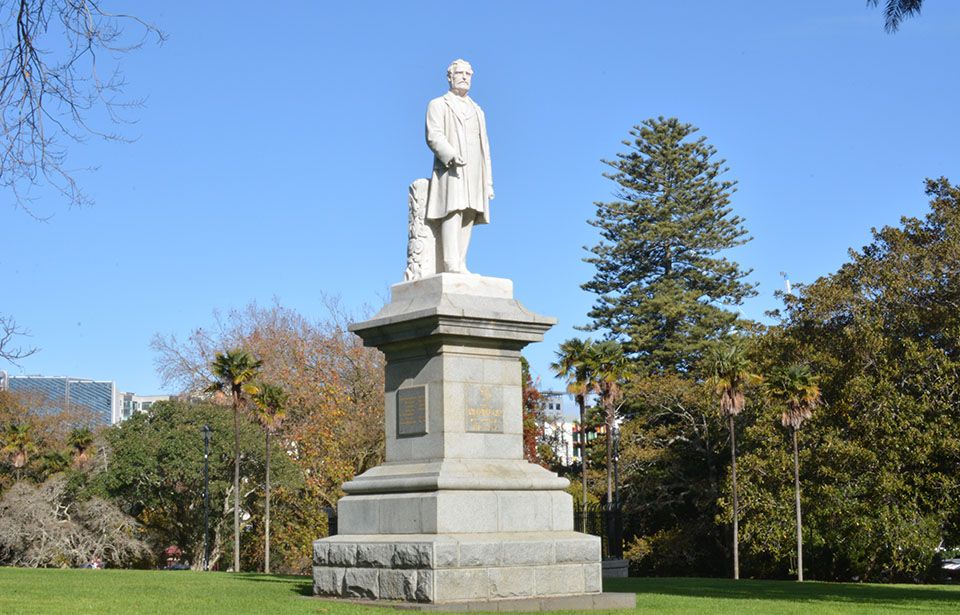 Activists are calling for Auckland Council to take down statues of prominent colonial figures including Sir George Grey - but historian Paul Moon cautions against such steps.

Another prominent historian says she can understand why the statue in Albert Park has been the centre of controversy due to the recent Black Lives Matter protests in America.

Associate Professor of Māori Art History, Ngarino Ellis, said the statue represents a system which has alienated Māori and indigenous people from their tūrangawaewae.

“What he represents for some Māori, I’m sure, is an image of white privilege and that all the legal systems that we have now; the universities; the schooling system; government departments are based on this premise of white supremacy and privilege.

“It prioritises the white perspective at the expense of the Māori and indigenous perspectives,” said Ms Ellis.

One activist on Instagram has written an email template for people to send to Mayor Phil Goff to remove the statues, which include the 'Zealandia' New Zealand Wars Memorial on the corner Wakefield and  Symonds St for the settlers and “friendly Māori’s who gave their lives for the country”.

But prominent historian Paul Moon said these statues are important and that getting rid of them reflects a poor understanding of the world.

“They are a remnant from the past, erasing a remnant doesn’t erase the past.

“It doesn’t change one tiny thing about what has happened, so it’s an utterly futile effort to try to somehow remedy situations by getting rid of these statues,” he said.

However, Ms Ellis said it’s time for Pākehā to start stepping up.

Mr Moon said that we shouldn’t be judging people of the past by today’s standards.

“There is a real risk of judging people in the past with the standards of the present, it’s fundamentally a fraudulent thing to do.

The call to remove the statues has gained traction on various social media including Twitter.

The Sir George Grey statue was first erected at the junction of Queen Street and Grey's Avenue in 1904 but was moved to Albert Park in 1922 after being declared a traffic hazard. In 1987 its head was broken off during a Waitangi Day protest but was replaced.

The Zealandia statue was unveiled in 1920 to commemorate veterans of the land wars after it was found many were buried in unmarked graves and names could not be retrieved. In 2018 it was daubed with anti-colonial slogans.