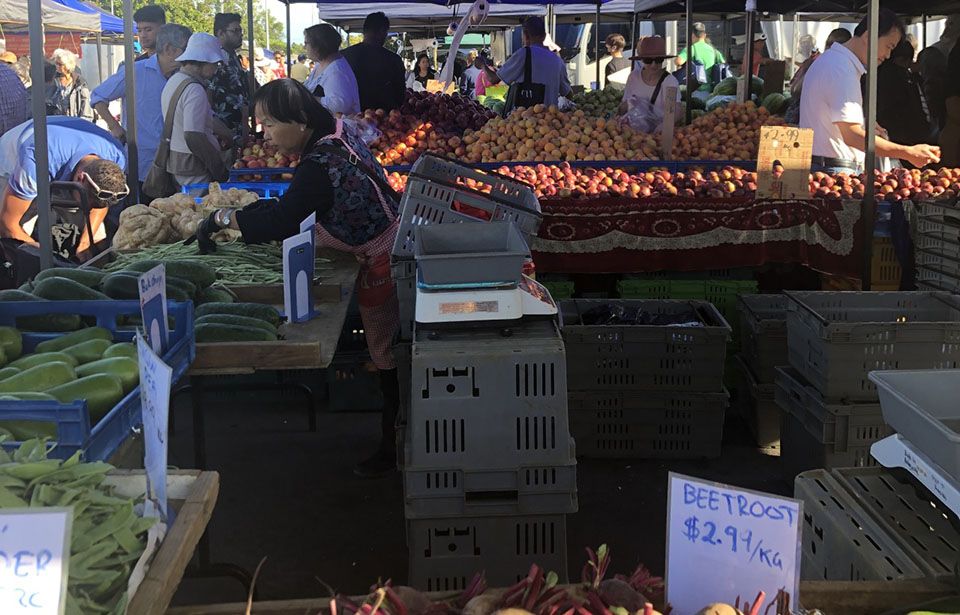 Mr Smith lost a main source of income with the market being closed, Ms Kumar says.

Smith has busked at the market for the last year, playing the Irish penny whistle.

The Avondale couple have had to cut down on household goods and spending.

“Everything just piled on top of each other and crumpled.”

Both Ms Kumar and Mr Smith are both blind.

“It’s just really hard. Employers, they don't want to look at your CV because you've got a disability. Why don't you give us a chance?”

The couple have both worked evenings at Rydges Auckland’ Dine in the Dark experience for the last three years, but those shifts were also lost to Covid-19.

Avondale Sunday Markets manager Robb Kemp says a few stallholders have organised online sales but others have had to ditch their vegetables and lose their main income source.

“They are not doing any good at all,” says Mr Kemp.

A few permanent stall holders who had been at the market for many years didn’t return after the first lockdown in March, he says.

“They’ve been there for over 20 years and I haven’t seen them since.”

“[They] want to get back to some reasonable prices. I’ve had several say how they really miss the market and this is [their] main source of supply and to be without for six weeks is really bad.”

He has increased his online inventory, but it's not enough.

Mr Mills has been selling at various markets around Auckland since he was 10. He’s had his linen and clothing stall at Avondale Market for more than 20 years.

“It’s in my blood. It's a way of life. You're making money but you're having a social event. It's like going to the supermarket and knowing everybody,” Mr Mills says.

"It's not work to me. I wake up on a Sunday and I can't wait to go to work. It's like going to the pub without the alcohol.”