AT defends safety of Ellerslie junction 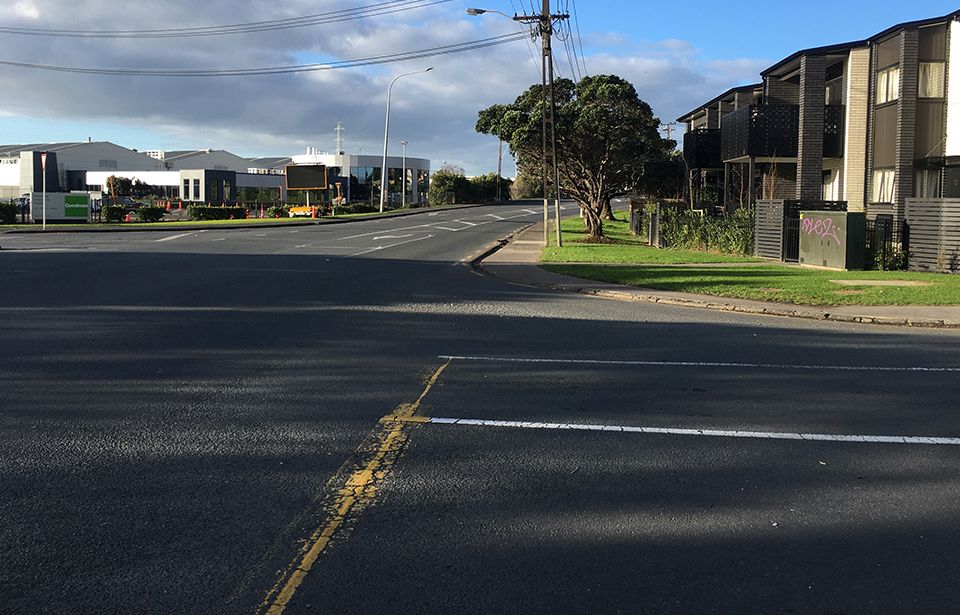 Some Ellerslie residents are avoiding an intersection on Penrose Rd they say is dangerous but Auckland Transport disagrees.

The crossroads where Penrose Rd, Gavin St, and Portman Rd meet is infamous among Ellerslie and Mount Wellington locals and residents are asking for a change.

The driver’s view from the Portman Rd stop sign sees traffic on Penrose Rd coming from the right, around a blind downhill corner and across the motorway overbridge. At peak-times it can be a long wait before it’s safe to join the main road.

On the Ellerslie Community Facebook page, residents were warning others to take care, calling the junction dangerous, and even telling motorists to avoid it.

One commenter called it “terrible” and said: “I avoid it in the morning as it's too hard to turn right from Portman Rd."

Another said: “It’s only a matter of time until someone gets killed or seriously injured … it’s dreadful!”

Others were suggesting the installation of traffic lights or even a roundabout to slow traffic and give motorists on Gavin St and Portman Rd a fighting chance to join Penrose Rd.

Auckland Councillor for the Maungakiekie-Tāmaki ward Josephine Bartley was tagged and posted that she has been made aware of the issue.

She was, however, unable to be reached for comment.

“Due to the high number of vehicles travelling along Penrose Rd, it could be sometimes difficult for vehicles to find a gap in the traffic flow to turn into and out of Gavin St and Portman Rd in business hours”, he acknowledged.

However, he said AT’s traffic engineering teams had found no significant risk and that “both congestion level and safety risk at this intersection were found to be low or low-medium”.

Mr Stallworthy said a review of the situation was expected later in the 2021/22 financial year, when all AT's intersections will be ranked on their safety and operational issues.