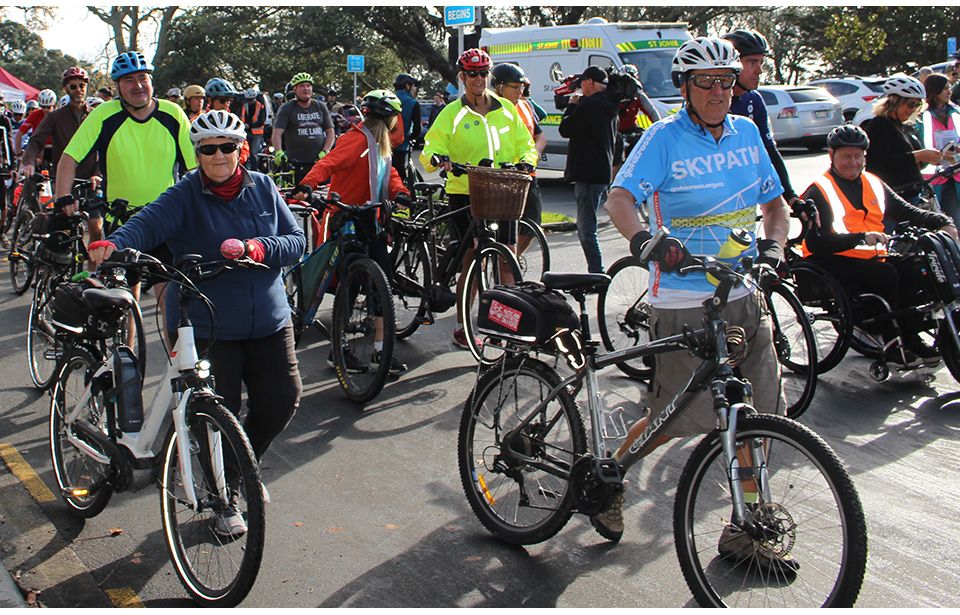 Around 1000 cyclists went past a police barricade and crossed the Auckland Harbour Bridge to demand a three-month cycle lane trial on the bridge.

The protest followed a "Liberate the lane" rally by cycle advocacy group Bike Auckland at Point Erin Park in Ponsonby on Sunday morning.

A similar protest happened in 2009 when protesters forced their way onto the bridge to celebrate its 50th anniversary and protest against a lack of cycle and pedestrian access.

The group’s communication coordinator, Mary-Margaret Slack, told Te Waha Nui last week that the Auckland Harbour Bridge was the only location in the world that cannot be accessed by bike or walking.

She also said a connected network could ensure cyclists can ride an entire trip without coming into contact with cars.

Plans for cycling on the Harbour Bridge stalled recently after the New Zealand Transport Agency/ Waka Kotahi shelve the SkyPath project for technical reasons in March.

The project would have seen a cycle and walking path attached to one side of the Harbour Bridge.

Bike Auckland’s chair Barb Cuthbert said at the rally that it was “pathetic” that bikes could still not access the Harbour Bridge.

“Waka Kotahi brought out the sexy design – that design has sunk without trace.”

In another speech at the rally, Auckland Councillor Pippa Coom said she couldn’t believe progress had not been made since the last protest 12 years ago.

“How many of you were kids that day who thought, ‘When I grow up, of course I’m going to be able to get across the Auckland Harbour Bridge?'

"In fact, who can’t believe, like me, that we are still protesting this.”

Auckland Central MP Chlöe Swarbrick told Te Waha Nui that it was "phenomenal” to see the turnout for the rally, and she had been in talks with the Government to make cycling more convenient in the city.

“I can say the news about the delays and the inability to make the original [Skypath] plans work absolutely blindsided all of us, which is exactly why we are all here today.”

A police statement said two northbound lanes on the bridge and the Curran Street onramp were closed because of the protest, and officers were “facilitating the group to ensure the safety of rally attendees, and the staff monitoring the event".

The lanes reopened after 1pm.