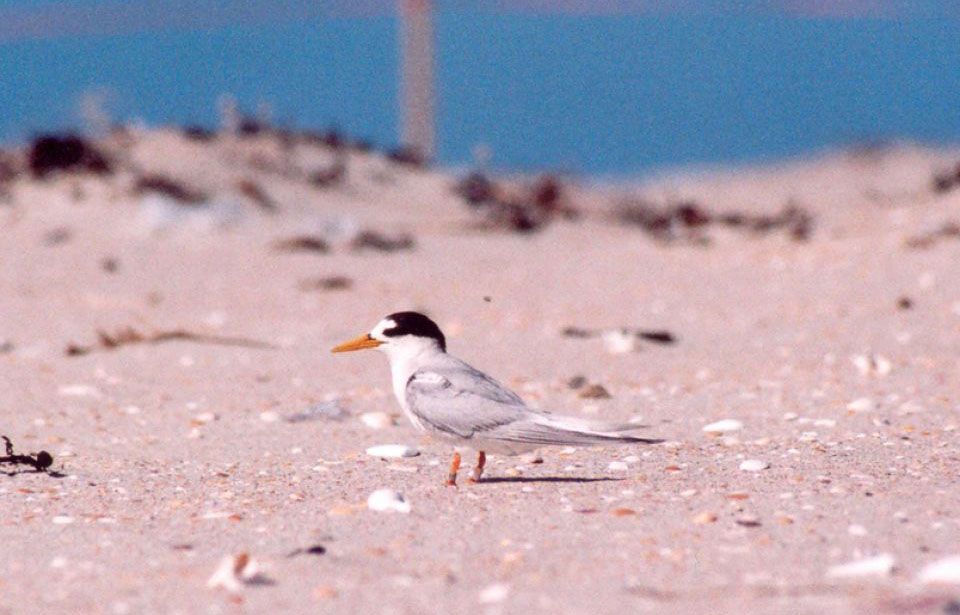 AN ENDANGERED NEW ZEALAND FAIRY TERN, OF WHICH THERE ARE ONLY 40 PAIRS LEFT. PHOTO: DEPARTMENT OF CONSERVATION.

A tsunami hitting Auckland would be “devastating” to coastal and marine wildlife, even bringing the risk of extinction for some species, warn marine biologists.

Animals that live in coastal habitats like marshlands, rock pools and estuaries would be at risk of annihilation - and there’s nothing we can do about it, say experts.

Auckland’s ecology could be seriously damaged as a tsunami would “have a really profound effects on specific species,” says Clinton Duffy, marine expert at The Department of Conservation.

Extinction is a real risk for endangered species that live in effected environments.

“If it happened right in the middle of the shore-bird nesting season it could be devastating, especially for the New Zealand fairy tern, because they’re only down to about 40 pairs,” he says.

Coastal erosion caused by a tsunami as well as many habitats underwater would add to the devastation of many species.

And tsunami damage to man-made infrastructure would create a further threat to both coastal and ocean sea life.

“There would be a massive impact to fuel facilities and ships out at sea, which would lead to oil-spills and pollution,” he says.

House and infrastructure would wash out to sea adding to the problems, says marine biologist Kyle Hilliam, a PhD researcher at The Nelson Marlborough Institute of Technology.

“We would see a lot of heavy-metal contamination, which could poison some species and holes in ships would leak the anti-foul coating they have it could wash up on a reef and kill everything there,” he says.

Both say the most unfortunate thing about a tsunami is that it is the type of natural event we can do nothing about.

The best effort to save species at risk from a tsunami is through joint discussion, says Megan Carbine, principal scientist at Auckland Council, which is working towards this.

“In the event of a tsunami we would need to assess what the effect had been on marine life and work with other agencies to consider what could be done to assist or restore species.”

The council already works to reduce some risk, such as in consent applications for mangrove removal where coastal hazards are taken into account.

“Retention of mangroves may limit the extent to which marine species are washed ashore and provide a buffer for coastal system,” she says.