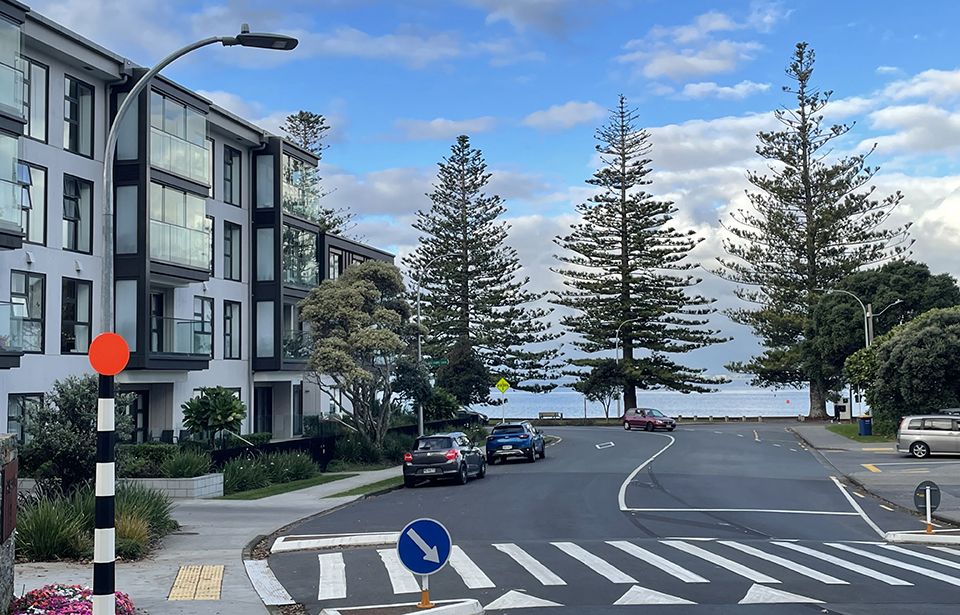 The Sands is ensuring residents and staff are ‘tsunami-ready’ given their close proximity to Browns Bay beach. Photo by Louise Matthews.

A retirement village across the road from an Auckland North Shore beach has taken measures to eliminate all potential tsunami risks according to management.

At first glance, The Sands village's close proximity to Browns Bay Beach appears to put it at risk should a tsunami wave surge across the beachside road, but an expert also offers reassurance.

Project manager Sharon Robinson says both staff and residents are ‘tsunami ready’ after training with a thorough evacuation plan.

“We do not have specific tsunami plans but have a very robust evacuation plan that addresses all general emergency, fire as well as civil defence preparations. These are regularly checked as part of the quarterly maintenance checks,” says Robinson.

Robinson says the rest home is ensuring the highest level of preparedness, as elderly would need more time to evacuate due to mobility impairments.

“To prepare the residents we do a lot of training, and we do 6-month trial evacuation tests. We report back to residents on how they did and take on board comments for improvement,” says Robinson.

And tsunami expert Dr Willem de Lange says although the village looks to be the most affected area if hit by a tsunami, the modelling does not support that claim.

“In the areas that are closer to our big active subduction margins their risks are higher, Gisborne is sort of right up and Browns Bay is certainly at the other end of the scale,” he says.

Lange is confident that The Sands general emergency plan is sufficient, despite not being tsunami specific.

“All hazards involve some form of evacuation, and a tsunami evacuation is just a variant of that,” says Lange.

Hibiscus and Bays local board member Julia Parfitt says Browns Bay would be one of the safest areas to be during a tsunami due to its ‘natural amphitheater’ landscape.

“You have got that backdrop of fairly steep land which is reasonably easy for people to access high ground from the village,” says Parfitt.

Parfitt suggests that even though the possibility of a tsunami is unlikely in Browns Bay, residents should prepare and familiarise themselves with evacuation routes to mitigate the risks.

Residents wanting to be more Tsunami Ready can visit this link to find out what it takes.